Home » Books » Defiance in Their Eyes

Defiance in Their Eyes 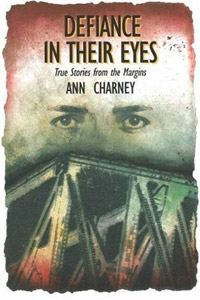 Each in turn exhibits an acute discomfort with the world as it is, a fierce resistance against the passivity and apathy that drags at life's coat-tails, and an inclination—nourished by personal belief—to act in ways that threaten the orderly peaceable flow of what passes for normal life.

For different reasons, these individuals who have reached that point of crisis where lives are lived in extremis: a time when perspectives narrow and existence is imperiled by shifting equations of power. Trapped between rage and despair, violence inevitably becomes the only possible resolution.