BY PETER MCFARLANE AT THE ROVER

The fact that Ann Charney is one of the most overlooked writers in Canada becomes more apparent with each new book. Defiance in their eyes, her collection of award-winning non-fiction from her work with Maclean’s and Saturday Night magazine, offered a penetrating look at Quebec culture from the margins. Her first novel, Dobryd, was an autobiographical work that opened when she and her mother were liberated by the Red Army from the Polish hayloft where they had hidden from the Nazis for more than two years. Dobryd chronicled her remarkable childhood in the chaos of post-war Europe. It was recognized as a tour de force by critics but it did not find the size of public in Canada that it deserved. It was followed by two more masterful novels, Rousseau’s Garden and Distantly Related to Freud that treat the immigrant and expatriate experience.

When we first glimpse Nerina she’s being exploited in a way that’s painfully familiar to illegal immigrants around the world: She’s working for wretched pay because her employer threatens to report her status to the police if she gets out of hand.

BY ELAINE KALMAN NAVES, SPECIAL TO THE GAZETTE

“Just because you’re born in some unlucky place doesn’t mean you have to carry it with you for the rest of your life.” So thinks Nerina, the nimble and resourceful heroine of Ann Charney’s stylish new novel, Life Class. The events of the story prove Nerina right. The fact of a dark past in war-torn former Yugoslavia acts as a spur to the young woman to create a life in the sunshine for herself. 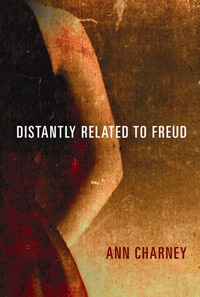 "A remarkable coming of age story that reveals the sensibility, insight and fierceness that shape a true writer."
- Eleanor Wachtel, CBC

"Ann Charney’s new novel doesn’t succumb to such easy structures. An immigrant story set in the Montreal of the 1950s and early ’60s, it follows the messy, intimate, and familiar drive of a young girl to find her way through the maze of conflicting codes and personal woes besetting the adults who try to control her destiny. The voice of the narrator, Ellen, is strong and true, giving this delicious novel the ingenuous power of a memoir."
- Walrus

"Charney has crafted a luminous coming-of-age narrative about the fleeting nature of friendship, the persistence of family, and growing up in Montreal in the 1950s and '60s.  With its winsome protagonist and the palpable interplay between innocence and the shadows that encroach on it, Charney has written one of the most endearing novels of the season."
- Montreal Review of Books

"Where Charney distinguishes herself is in her smart, playfully organic exploration of character."
- National Post

"Ann Charney has succeeded in humanizing eroticism with humour, uniting the flesh and the spirit."
-  Le Devoir

"This is a seductive coming of age novel, enhanced by the great accuracy with which it evokes the place and time of its setting."
-  La Presse.

"Filled with sex and surprises … it deserves any jury's attention."
- The Sun Times

"Charney uses her powers of subtle language and humour to keep the reader interested ...the tone and the pace of the novel is unwavering and strong.  Her novel is more than an expertly told coming-of-age book. Ellen’s struggle with the many ways she exists outside the norm strikes a universal chord.Distantly Related to Freud is a meditation on the multiple layers of difference that make us all who we are."
- Women's Post

"With Distantly Related to Freud, she has crafted a witty, psychologically astute account of a girl growing into herself and her talents."

"Filled with sex and surprises… it deserves any jury's attention."
- The Sun Times

"The action is subtle and natural, never overblown..all of it contributing to the development of a young woman.  Charney use her powers of language and humour to keep the reader interested."
- Globe and Mail 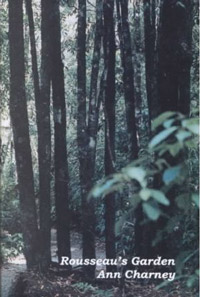 "A story that beguiles and seduces with its finely drawn depictions of the joys of friendship and the beauty of French gardens. The charm of Rousseau's Garden lingers long after the book is finished. "
- Elle magazine, France

"Ann Charney knows how to set a narrative pace that the reader follows with pleasure. It takes a writer of talent and sensitivity to have the courage to speak convincingly of happiness, a subject infinitely more difficult than misery or misfortune."
- La Presse, Canada

"The first thing you should know about Rousseau's Garden is that Ann Charney's second novel is unusually good in ways that are rare: it's caustic, intelligent, mature, and oddly endearing. Charney is a sorcerer who enables you to find your own reflection in her images.. What I like about her work here as well as her earlier novel Dobryd - and most of all in Defiance in Their Eyes: True Stories from the Margins, an unacknowledged Canadian classic - is her uncanny ability to connect the inner visions of her subjects with their outward realities."
- Montreal Review of Books

"Rousseau's Garden is a study of 'living', of deeply-felt moments and of life-altering experiences, but shown only from a respectful distance, and betraying intensity only when one makes the effort to see and to acknowledge just how much of the novel's drama is as as familiar and telling as the experiences which comprise one's own life. This is a garden of a novel. Stroll through it with eyes open."
- Books in Canada

"In Rousseau's Garden, Ann Charney focuses her considerable talent and insight on relations between friend, lovers and family members, guiding us down a finely tangled garden path with intelligence, wisdom and sensitivity. This is an informative and ultimately satisfying book."
- The Globe and Mail

"Ann Charney has the wisdom to let her story speak for itself, and it does so very affectingly. The result is a compelling, dignified work with telling insights that make one pause to reassess one's own life. A lovely gem of a story."
- Library Journal, USA

"Rousseau's Garden is a thoroughly enjoyable book. Its appealing cast of characters and its depictions of the pleasures of France guarantee hours of happy reading."
- Journal de Montréal

"Ann Charney writes with wisdom and candour, and without a trace of affectation. Her finely wrought work tackles the problems that affect us all with cheerful lucidity. Rousseau's Garden will continue to engage you long after you've set it aside."
- Radio Canada

"Dobryd's freshness and sagacity, its emotional truth, its complete lack of sentimental cheating, mark it as a work of unique talent and singular intelligence."
- Montreal Gazette

"Charney beautifully evokes her fear-filled young narrator's gropings toward maturity and a sense of identity in this moving and memorable first novel. This marvellous story celebrates hope, courage and renewal."
- Publisher's Weekly, USA

"One of the best books on a European destiny in our century."
- Stuttgarter Zeitung, Germany

"Along with The Diary of Anne Frank, Mailer's The Naked and the Dead and Kosinski's The Painted Bird, Dobryd will take its place as one of the truly significant works on the effects of war on people."
- Books in Canada

"Original and compelling, this book makes us believe in the possibility of happiness amid the terrors of war."
- Frankfurter Neue Presse, Germany